26 weekend and holiday skates on the calendar through March 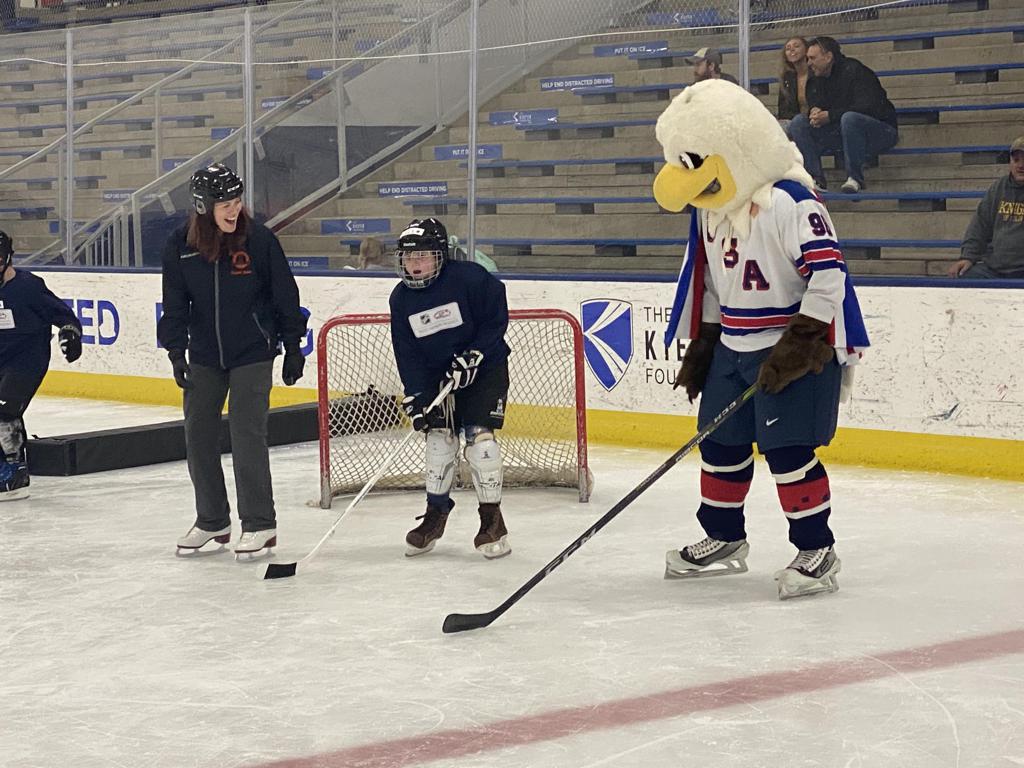 USA Hockey Arena has announced it will be hosting a series of 'Sunday Fundays' as well as open holiday skates over the next few months. In total, there will be skating events on 26 different nights in Plymouth.

The Sunday Funday sessions will be broken up into three sections that include open skate, 3 vs. 3 cross-ice games and adult drop-in play. Open skate runs from 6:40 - 8:00 p.m. and costs $7 for adults and $5 for kids age 12 and younger. Skates can be rented at the arena for $3 on a first-come, first-served basis.

The Sunday Fundays will cap off with adult drop-in play from 8:10 - 9:30 p.m. Full equipment is required and you must be 18 years old to participate.

The holiday skates are all open-skate sessions centered around Thanksgiving, Christmas, New Year's Day and Valentine's Day. All skates will be 80 minutes in length, but the time of day will vary. Adults are $7, kids 12 and younger are $5 and skate rentals are available for $3 while supplies last.

For more information on any of these events, call the USA Hockey Arena office at 734-453-6400 or go online at USAHockeyArena.com/openskate.