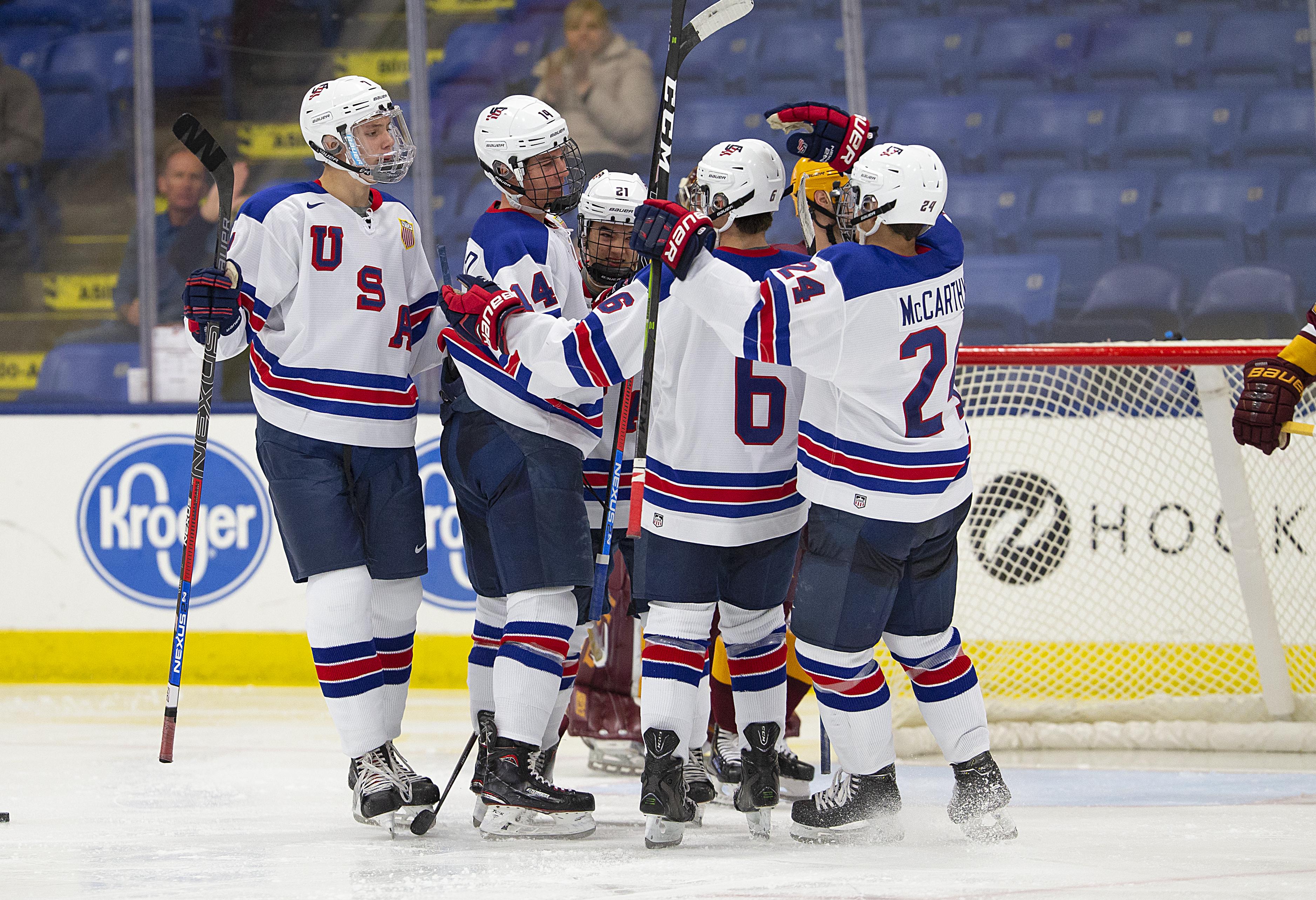 BOSTON  - Judd Caulfield (Grand Forks, N.D.) tallied twice and Michael Gildon (Plano, Texas) tallied his first goal of the season for the U.S. National Under-18 Team in its 6-3 victory against Harvard University on Saturday night at the Bright-Landry Hockey Center.

Spencer Knight (Darien, Conn.) made 25 saves to earn his sixth victory of the season and third against NCAA opponents. Knight remains unbeaten this season.

Owen Lindmark (Naperville, Ill.) opened the scoring at 4:52 of the first period to give Team USA an early lead. Team USA was outshot 11-3 in the first period but Knight stopped every shot he faced to secure a 1-0 lead after 20 minutes.

Team USA exploded for four goals in the second period.

Gildon opened the scoring at 3:34 off a feed from John Beecher (Elmira, N.Y.) while Caulfield scored his first of the game at 11:41 off the feed from Beecher and Gildon.

Caulfield scored his second do the night shorthanded with a minute remaining in the second period to give Team USA a 5-2 heading into the third period.

Harvard scored two goals, including a second for Fox, but Team USA held on for the 6-3 victory after a late empty-net goal by Matthew Boldy (Millis, Mass.).

The U18s return to action Monday when they close out their NCAA road trip travel with a matchup against Dartmouth College at 7 p.m. ET.

Team USA returns home to USA Hockey Arena next Sunday (2 p.m.) with a  2 p.m. ET matchup against the USHL's Dubuque Fighting Saints in USA Hockey's first Sensory Friendly Game. More information on this event can be found here. Tickets for all Team USA games can be purchased by visiting the USA Hockey Arena Box Office located at 14900 Beck Road in Plymouth, Michigan, by calling (734) 453-8400 or by visiting USAHockeyNTDP.com/Tix.